Also qualifying at Chesapeake Bay Golf Club’s Rising Sun Course were Kyle Vance of Audubon, PA (136) and Jacob Hanzel of Sewell, NJ (143). Ron Robinson of Hatfield, PA and Chesapeake Bay Golf Club junior golfer Zachary Barbin finished as Alternates. Zach’s 1 under par 70 for the second leg of his 36 hole round gave him a combined score of 147 (77, 70). 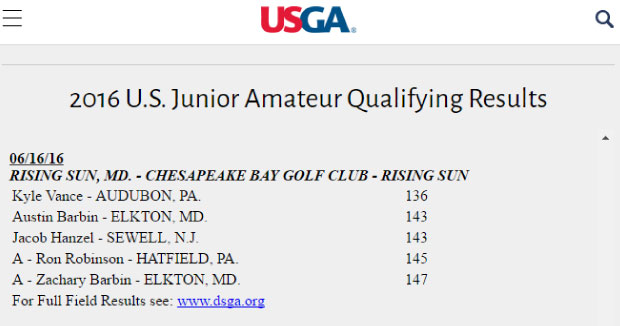 In 1948, the USGA inaugurated the U.S. Junior Amateur Championship, for players under the age of 18, to determine the best junior golfer in the United States.