We hope you’ll come out and work on your game with us! 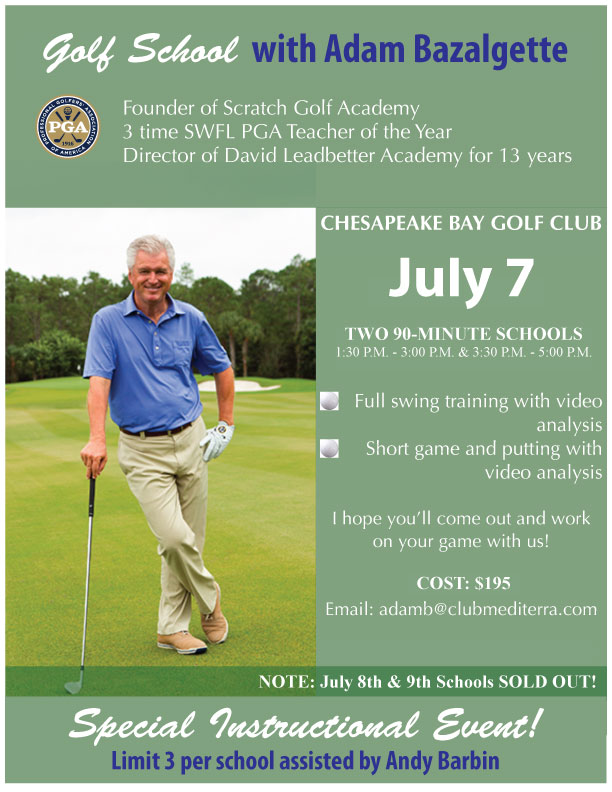 “Adam Bazalgette grew up in London, England where he took up golf. After moving to Orlando as a teenager he came under the wing of David Leadbetter, taking golf lessons from him for 4 years.

After competing on the mini-tours for several years Adam became a class A PGA member, and started teaching full time.

In 1992 Adam went to work for David Leadbetter in Orlando. In 1994 he was promoted to Academy Director at Leadbetter’s Naples facility. During the next 13 years, in addition to teaching and running the academy, he traveled a great deal giving golf lessons, schools, and doing corporate events throughout the USA and abroad.

During his 6 year tenure as Mediterra’s director of instruction Adam has taught schools with some of the games most noted short game, full swing, and mental coaches.”