Highlights of the tournament include an incredible 4-under par first round 67 from Zachary Barbin, two back to back 2-under par 69’s from Austin Barbin, and 1-under par 70 rounds for Arlene Zamora and Andrew Barbin, Jr.

On the Men’s side, 16 year old Austin Barbin defended his title in an epic battle with his brother Zachary Barbin, shooting a steady 69–69 for a 138 (-4). This year’s one shot victory was Austin’s third club championship title, as he won in 2014 and in 2016. Stay tuned for a more in-depth video recap!

Dating back to when the Rising Sun course was Chantilly Manor, Austin moves to a tie for third all time since 1968, trailing Jim Debusk’s 8 championship titles and Phil Groff’s 4 titles. He is tied with Brian Lockhart, Wayne Calvert, Chuckie Martin, and David Lynch at three titles.

On the Ladies’ side, we welcomed back former Delaware Women’s Open champ Arlene Zamora to the winner’s circle. Arlene, who took a 3 year break from golf, came back and shot 75-70 for a 145 (+3). Arlene notched 8 birdies in her return en route to a 27 stroke victory over defending champ Shelly Pinkerton. This was Arlene’s eighth Ladies Club Championship title.

Jim Weinzetl won the Men’s B Flight, besting defending B Flight champ Frank Orbin. Jack Falkenstein won the Men’s C Flight in a close match with Gary Rohrbaugh. Both Jim and Jack are first time winners of the championship. 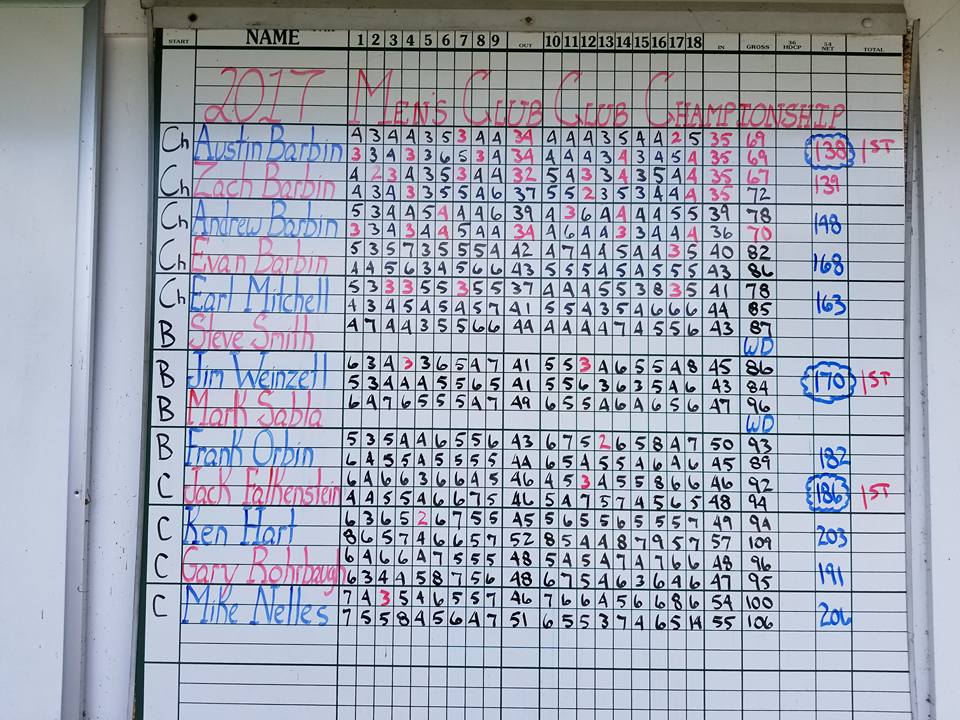 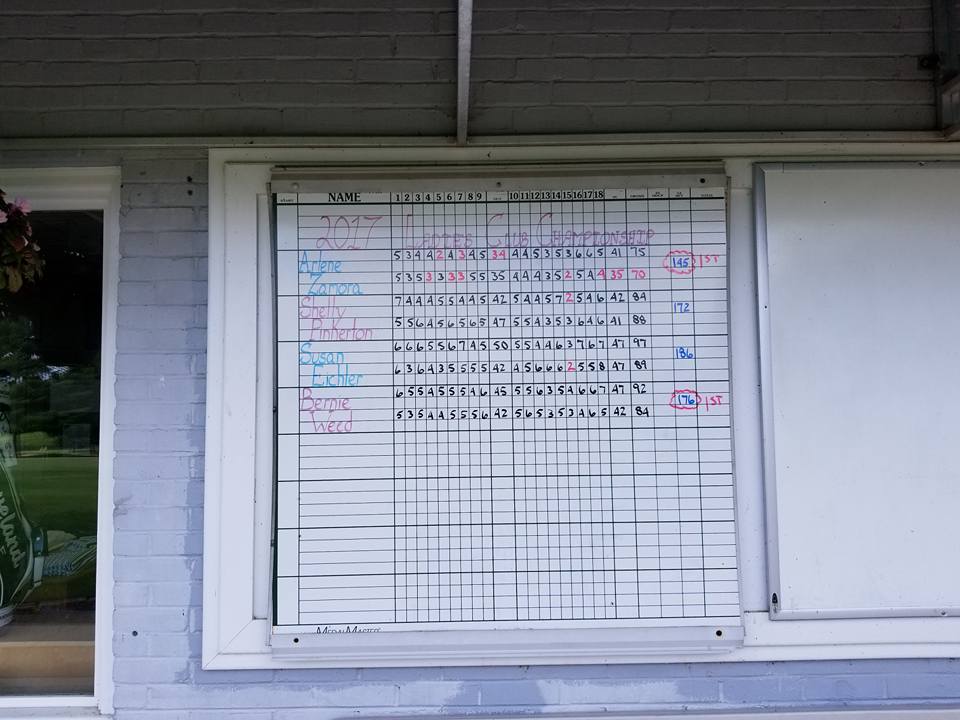